I want to thank David M. Perry for calling my attention to something distressing last night.  It both sickened & shocked me, but then really as much as it “ground my gears” also had me examining my own thoughts & attitudes towards the two rare diseases I’ve been living with for so long.

He tweeted a link to his blog post concerning a certain news report.

The news report irked me on a personal level, but then on a professional level too. I am a journalism graduate who is of the “old school variety”.   My degree track was focused on broadcast, & while I never entered the field in the traditional sense, overall my journalism school training has proven invaluable in my own work (both professionally & personally).

The report was concerning a mother in Atlanta who had committed suicide.  Before she did, she murdered her autistic son.  Later, the father came for his regular custodial visit with the son & found them both dead.  Yet, this Atlanta affiliate framed this murder-suicide as a “mercy killing”.

I will share why this affected me to the degree it did & why I chose to blog about it from my perspective.

I have been volunteering or doing community service from a very early age.  I was in 4-H & Girl Scouts for years.  Many of my summers in junior high & even early adulthood were spent serving as a counselor for disabled youth & adult day & overnight camps, as well as working in a local nursing home.  It was work I really enjoyed. Even if it was, at points, challenging.

I’ve had a few physically & mentally disabled friends & relatives too, yet I did not become friends with them or love them more for that reason.  I clearly saw them as people & personalities outside whatever limitations were outwardly present. I see myself that way too.  We are always people first, not our illnesses.

I was born with a genetic disorder.  A rare one, it’s called tuberous sclerosis complex (TSC).  Several individuals (of all ages) in my community have severe seizures as a result, but also many have autism or autism spectrum along with it. In fact, TSC is one of the leading causes of autism.  I have seen firsthand the struggles this imposes on both children & adults in my volunteer travels. (For new followers, see my about me page for more details.)

Now, in my case, I was one of the “lucky” ones (I don’t have epilepsy or autism).  I have a “mild” case of TSC, but even that is a misnomer based on what I’ve had to endure at the hands of this disease.  As a result, I have another rare disease eating away at my lungs for the past 12 years called LAM.  Yet, unless you talked to me, heard me speak, or knew me in some way, you’d never guess what I had endured.  I’d had at least 6 lung collapses, 3 lung surgeries, 4 procedures on my kidneys to prevent internal bleeding, & a few other surgeries.  You might hear a slight shortness of breath in me from time-to-time but not immediately.

So, you’d never guess it until recently (April of this year). Things quickly changed.

April was when the invisible became outwardly apparent.  First, it was subtle. Just needing oxygen for exercise.  Then it became more prominent in July, needing the oxygen 24/7 for everything.  I could no longer “pass” as outwardly healthy anymore. Though for at least the past 12 years, I really wasn’t the picture of health on the inside to begin with, & truthfully at the hands of these two diseases, never was.

I had internalized so many ablelist scripts without even realizing it.

(For those who don’t know the term, ableism is a form of discrimination or social prejudice against people with disabilities.)

Some I even unknowingly perpetuated as platitudes towards myself at points. It was also a struggle within my own communities of how much reality I could or couldn’t share about the advancement of both my illnesses.

I felt often a point of resentment from others (whether they were consciously projecting it or not) if I was really was honest about how deeply this was impacting my life both professionally at points & personally even in a support group environment.

Made to feel as if I couldn’t completely be honest because to do so would steal hope from people; or it was just too harsh a reality for some people to willingly acknowledge or face (even though it wasn’t happening to them). It was happening to me.  I am not a “sugar-coater” so I still struggle with how to be truthful in a gentle way. Especially now with my needing a lung transplant.

That word alone has the capacity to strike the fear of God into people because they don’t truly understand it. They just know it to be a bad thing or someone to be in a truly bad way to need it unless they know someone who has actually experienced it.

I was confronted with even more of these ablelist scripts head-on, (but more prominently) as a result of these changes. That’s what finally triggered my awareness & resistance to what I had been unknowingly internalizing.

It wasn’t just the scripts which were part & parcel of living with an invisible illness. It was now also those that came with a sudden outward & very present physical limitation & change.  That was another reason why I was so deeply struck by this news report & the way it was reported.

The real outrage for me was the fostering of a skewed public perception. When they frame these types of stories as mercy killings, they give off the arrogant & ignorant attitude that someone who is disabled is the real problem. Not obviously the disturbed mother. As if the person with the disability deserves to be snuffed out for merely existing in the first place.

They infer this murder was justified. The boy & the world are better off since they were both suffering anyway. This the disturbing blanket statement that’s insinuated with “reporting” like this.

It makes me sick on a personal level, but also on journalistic principle.  It is taking a page from the old William Randolph Hearst school of yellow journalism. Anything to get hits, sensationalize, get ratings, perpetuate stereotypes & generalizations, or drive traffic. It’s also editorializing in just the headline alone without even attempting to do any actual news reporting.

Where is the outrage over the fact that a young man was murdered by his mother? That a father lost his son? Because that’s what truly happened. (Obviously too, the system failed the mother in providing the support she & her son needed. But that still doesn’t excuse or condone this child’s murder.)

The sad thing is I agree wholeheartedly with Mr. Perry.  Yet, I don’t think the news outlet will ever issue an apology because they don’t realize the harm they did. They fell hook, line, & sinker for TheAblelistScript.  In fact, they’ll just go on perpetuating it because they don’t know what it is & don’t care to be educated.

They only ever did change the headline after they received a flood of complaints, but then when they did, they made no acknowledgement or retractions as to why the change was made. This also shows their ignorance & lack of genuine interest in the facts at the heart of the story or a true intent to hold true to a journalistic standard that is often too quickly shoved aside.

Even though the cynic in me says the above, I’m still idealistic enough to hope that the media & people as a whole will ditch TheAblelistScript for the TheAcceptingScript instead.

Yet, even I had to do that at first within myself.  It’s something I’m still having to consciously do at times because for years the opposite was so commonplace. I just tuned it out.  But I have to purge that ingrained element of what I did internalize, even when I wasn’t fully aware I was taking it in because it never belonged there, anywhere, for any reason, period. 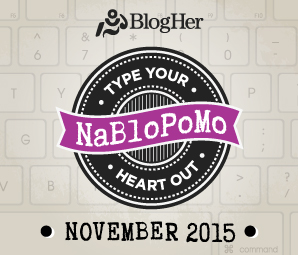 6 thoughts on “Struck In The Face With Ableism”