Is something I’ve gotten good at during this wait.

I did all the work to coordinate & have them send records, get support lined up, look into housing.  I follow up on all of this myself (they don’t call me to acknowledge receipt) & I end up having to cancel the appointment shortly after I book it.

It turns out that I won’t be dual listing anywhere just yet.

I heard back from U of Maryland. While they were willing to see me as we were trying to arrange resources & different things we found out that this center (& Pittsburgh) are in the same region on the UNOS map.  Even DC is the same region.

I know this was a change from what I was told during my evaluation because I asked someone if I want to dual list at some point & need to, where is the next closest place to list?

I was told (at that point) Columbia (NY) or Johns Hopkins (I was advised against Hopkins by my center because their program is in transition.  It was my first choice of the next place to go originally though).   Also at one point I was also told Pittsburgh (this is also untrue).

I guess some of the confusion with what I was told stems from the fact that they use different organizations to get (or procure) the organs. Certain organizations are assigned to specific hospitals.

[Aside: I detest the word harvest now, it makes it sound like people’s organs are crops or a commodity. I understand why other transplantees corrected me on that when I didn’t know earlier. I know it’s just a word & several news articles still refer to it that way, I just find it unsettling.]

I would get access to the entire region this way because both centers use different organizations & that’s how a dual list in the same region works & is permissible.  Ultimately though, I think their pool is smaller than my current one so I have decided against it.  I don’t feel I’d be gaining much for the effort I’d have to put forth to make it happen.

Columbia is the next closest region,  but it has a worse wait than Philadelphia (due in part to low donation rates). Boston is another region but the wait is worse than NY. I know other candidates who start listing there that wind up elsewhere eventually (or if they get transplanted there they are prepared to wait at least 2 years).

If I do consider another region it might be Atlanta because that’s the next place I have built-in support for both me & my caregivers (a must in my case).

Or Vanderbilt if I’m going to go some place really foreign.

I at least have schoolmates in Tennessee that could at least look some stuff up for me if push came to shove & I asked.

I’m hoping against hope it won’t come to that.

I wound up bailing on U of Maryland ultimately because they do not supply oxygen for their patients when they have their evaluation consults or visits. This is a huge glitch & a deal breaker for me at this point.

The tank math for that at my level (6-8 liters) is quite daunting for anyone to try and coordinate.

I don’t even know if it’s safe to transport that much in a vehicle if we could manage to fit it in (a Civic is not a economy car but it’s not huge). Also even with national suppliers, they required a lead time of 3-4 weeks to coordinate travel, which I barely had here.

I use a local one so I’m sure their lead time would be that or more.

I also wouldn’t want the hassles & expense of having a rental car or van just for that purpose either.

I guess I was also shocked that for all the information they had on dual listing they didn’t put that piece of information on there.

Also, I did send an email to their medical concierge for some help in that regard after I booked the visit because I knew this was a wrinkle that would take time to coordinate.

I never even received an “I got it/working on it” type of email & it’s been at least 2 days.  Most places I’ve contacted I at least get an auto-reply back.

The center also says on their site they offer virtual visits for out-of-state patients, but I was never offered that option. I also didn’t receive a reply to my email when I asked about it with the coordinator who booked me. Nor even when I called back to cancel.

Instead, they leave a message for my parent’s home voicemail yesterday about an hour after I called, when I never gave them that number?? (and no offer of a virtual visit in that message.)

Luckily, mom and I are on good terms & talk often (I say that because not all transplantees have good family situations)  but how would I have gotten the message otherwise?

My quick visits at Penn I get oxygen for the time I’m there seeing the doctors. Anytime I go to my local lung doctor or rehab I also get oxygen.

I am frustrated that this burden would have to be put on me.

I manage enough in my life, I don’t need this to add to the mix.

I will say that both my friends I was working with that live in that area responded immediately.  They tried to provide some help & resources, but I also feel it shouldn’t be on them to coordinate either.

I just felt overwhelmed with all the fighting I’ve had to do for oxygen over this past year to do more just to get enough tanks for 3-4 hours (probably 4 to be safe) in addition to what I’d use going to and from that this made me concerned.

I tried even on a basic level but couldn’t guarantee I could calculate enough safely round trip for the entire duration (even with traffic patterns & running late.)

This was even before I found out about the same region snafu.

It’s a good program & have done right by some people, but it just won’t give me what I need at this time.

I guess it’s better I found this all out now than when I went down there.

I also wouldn’t have found all this out if I didn’t try, & might have second guessed myself if I had passed over it entirely, so I don’t feel it was a wasted effort.

It’s like this cartoon I found in someone else’s blog.

It really resonates what’s been going on as of late how I sometimes feel. 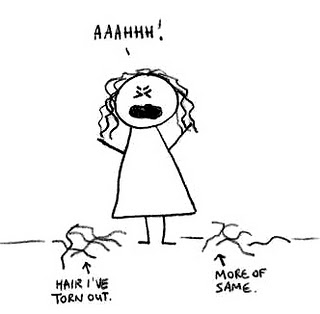